As someone who has been often maligned by the disappearance of my data for various reasons — companies going under, hard drive failure, etc — and as someone who is responsible for the safekeeping of other people’s data, I’ve put a lot of thought into solutions for long-term data retention.

There are two kinds of long-term storage, with different concerns: cold storage and hot storage. The former is like a hard drive in your safe — it stores your data, but you’re not actively using it or putting wear on the storage medium. By contrast, hot storage is storage which is available immediately and undergoing frequent reads and writes.

What storage medium to use?

There are some bad ways to do it. The worst way I can think of is to store it on a microSD card. These fail a lot. I couldn’t find any hard data, but anecdotally, 4 out of 5 microSD cards I’ve used have experienced failures resulting in permanent data loss. Low volume writes, such as from a digital camera, are unlikely to cause failure. However, microSD cards have a tendency to get hot with prolonged writes, and they’ll quickly leave their safe operating temperature and start to accumulate damage. Nearly all microSD cards will let you perform writes fast enough to drive up the temperature beyond the operating limits — after all, writes per second is a marketable feature — so if you want to safely move lots of data onto or off of a microSD card, you need to monitor the temperature and throttle your read/write operations.

A more reliable solution is to store the data on a hard drive1. However, hard drives are rated for a limited number of read/write cycles, and can be expected to fail eventually. Backblaze publishes some great articles on hard drive failure rates across their fleet. According to them, the average annual failure rate of hard drives is almost 2%. Of course, the exact rate will vary with the frequency of use and storage conditions. Even in cold storage, the shelf life of a magnetic platter is not indefinite.

There are other solutions, like optical media, tape drives, or more novel mediums, like the Rosetta Disk. For most readers, a hard drive will be the best balance of practical and reliable. For serious long-term storage, if expense isn’t a concern, I would also recommend hot storage over cold storage because it introduces the possibility of active monitoring.

One solution to this is redundancy — storing the same data across multiple hard drives. For cold storage, this is often as simple as copying the data onto a second hard drive, like an external backup HDD. Other solutions exist for hot storage. The most common standard is RAID, which offers different features with different numbers of hard drives. With two hard drives (RAID1), for example, it utilizes mirroring, which writes the same data to both disks. RAID gets more creative with three or more hard drives, utilizing parity, which allows it to reconstruct the contents of failed hard drives from still-online drives. The basic idea relies on the XOR operation. Let’s say you write the following byte to drive A: 0b11100111, and to drive B: 0b10101100. By XORing these values together:

We obtain the value to write to drive C. If any of these three drives fail, we can XOR the remaining two values again to obtain the third.

This allows any drive to fail while still being able to recover its contents, and the recovery can be performed online. However, it’s often not that simple. Drive failure can dramatically reduce the performance of the array while it’s being rebuilt — the disks are going to be seeking constantly to find the parity data to rebuild the failed disk, and any attempts to read from the disk that’s being rebuilt will require computing the recovered value on the fly. This can be improved upon by using lots of drives and multiple levels of redundancy, but it is still likely to have an impact on the availability of your data if not carefully planned for.

You should also be monitoring your drives and preparing for their failure in advance. Failing disks can show signs of it in advance — degraded performance, or via S.M.A.R.T reports. Learn the tools for monitoring your storage medium, such as smartmontools, and set it up to report failures to you (and test the mechanisms by which the failures are reported to you).

There are other common ways a RAID can fail that result in permanent data loss. One example is using hardware RAID — there was an argument to be made for them at one point, but these days hardware RAID is almost always a mistake. Most operating systems have software RAID implementations which can achieve the same results without a dedicated RAID card. With hardware RAID, if the RAID card itself fails (and they often do), you might have to find the exact same card to be able to read from your disks again. You’ll be paying for new hardware, which might be expensive or out of production, and waiting for it to arrive before you can start recovering data. With software RAID, the hard drives are portable between machines and you can always interpret the data with general purpose software.

Another common failure is cascading drive failures. RAID can tolerate partial drive failure thanks to parity and mirroring, but if the failures start to pile up, you can suffer permanent data loss. Many a sad administrator has been in panic mode, recovering a RAID from a disk failure, and at their lowest moment… another disk fails. Then another. They’ve suddenly lost their data, and the challenge of recovering what remains has become ten times harder. When you’ve been distributing read and write operations consistently across all of your drives over the lifetime of the hardware, they’ve been receiving a similar level of wear, and failing together is not uncommon.

Often, failures like this can be attributed to using many hard drives from the same batch. One strategy I recommend to avoid this scenario is to use drives from a mix of vendors, model numbers, and so on. Using a RAID improves performance by distributing reads and writes across drives, using the time one drive is busy to utilize an alternate. Accordingly, any differences in the performance characteristics of different kinds of drives will be smoothed out in the wash.

RAID is complicated, and getting it right is difficult. You don’t want to wait until your drives are failing to learn about a gap in your understanding of RAID. For this reason, I recommend ZFS to most. It automatically makes good decisions for you with respect to mirroring and parity, and gracefully handles rebuilds, sudden power loss, and other failures. It also has features which are helpful for other failure modes, like snapshots.

Set up Zed to email you reports from ZFS. Zed has a debug mode, which will send you emails even for working disks — I recommend leaving this on, so that their conspicuous absence might alert you to a problem with the monitoring mechanism. Set up a cronjob to do monthly scrubs and review the Zed reports when they arrive. ZFS snapshots are cheap - set up a cronjob to take one every 5 minutes, perhaps with zfs-auto-snapshot.

Even if you’ve addressed hardware failure, you’re not done yet. There are other ways still in which your storage may fail. Maybe your server fans fail and burn out all of your hard drives at once. Or, your datacenter could suffer a total existence failure — what if a fire burns down the building?

There’s also the problem of human failure. What if you accidentally rm -rf / * the server? Your RAID array will faithfully remove the data from all of the hard drives for you. What if you send the sysop out to the datacenter to decommission a machine, and no one notices that they decommissioned the wrong one until it’s too late?

This is where off-site backups come into play. For this purpose, I recommend Borg backup. It has sophisticated features for compression and encryption, and allows you to mount any version of your backups as a filesystem to recover the data from. Set this up on a cronjob as well for as frequently as you feel the need to make backups, and send them off-site to another location, which itself should have storage facilities following the rest of the recommendations from this article. Set up another cronjob to run borg check and send you the results on a schedule, so that their conspicuous absence may indicate that something fishy is going on. I also use Prometheus with Pushgateway to make a note every time that a backup is run, and set up an alarm which goes off if the backup age exceeds 48 hours. I also have periodic test alarms, so that the alert manager’s own failures are noticed.

Are you prepared for the failure?

When your disks are failing and everything is on fire and the sky is falling, this is the worst time to be your first rodeo. You should have practiced these problems before they became problems. Do training with anyone expected to deal with failures. Yank out a hard drive and tell them to fix it. Have someone in sales come yell at them partway through because the website is unbearably slow while the RAID is rebuilding and the company is losing $100 per minute as a result of the outage.

Periodically produce a working system from your backups. This proves (1) the backups are still working, (2) the backups have coverage over everything which would need to be restored, and (3) you know how to restore them. Bonus: if you’re confident in your backups, you should be able to replace the production system with the restored one and allow service to continue as normal.

Let’s say you’ve managed to keep your data around. But will you still know how to interpret that data in the future? Is it in a file format which requires specialized software to use? Will that software still be relevant in the future? Is that software open-source, so you can update it yourself? Will it still compile and run correctly on newer operating systems and hardware? Will the storage medium still be compatible with new computers?

Who is going to be around to watch the monitoring systems you’ve put in place? Who’s going to replace the failing hard drives after you’re gone? How will they be paid? Will the dataset still be comprehensible after 500 years of evolution of written language? The dataset requires constant maintenance to remain intact, but also to remain useful.

And ultimately, there is one factor to long-term data retention that you cannot control: future generations will decide what data is worth keeping — not us.

In summary: no matter what, definitely don’t do this: 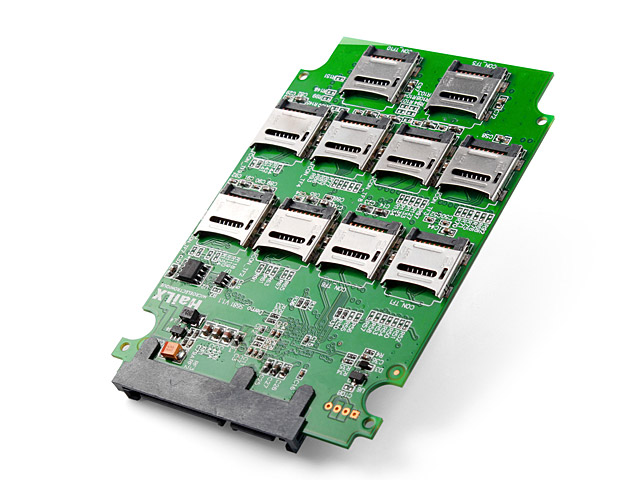